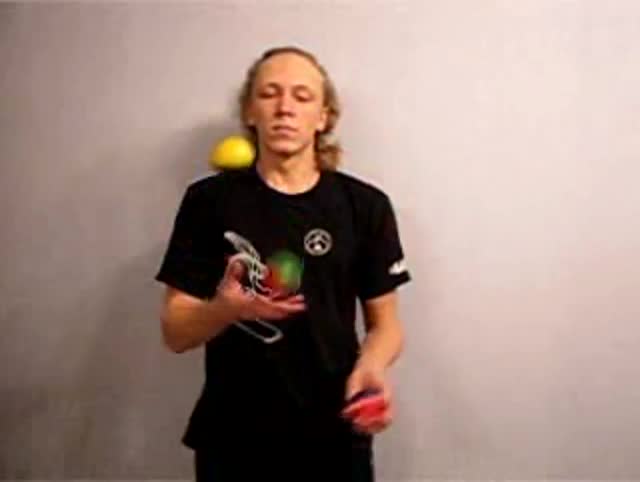 For the three-ball cascade the juggler starts with two balls in one hand and the third ball in the other hand. One ball is thrown from the first hand in an arc to the other hand. Before catching this ball the juggler must throw the ball in the receiving hand, in a similar arc, to the first hand. The pattern continues in this manner with each hand in turn throwing one ball and catching another.

All balls are caught on the outside of the pattern (on the far left and right) and thrown from closer to the middle of the pattern. The hand moves toward the middle to throw, and back towards the outside to catch the next object. Because the hands must move up and down when throwing and catching, putting this movement together causes the left hand to move in a counterclockwise motion, and the right hand to move in a clockwise motion.

Tips/Hints
You shouldn't look at the balls. Look at the highest point of there flight to know where to catch them 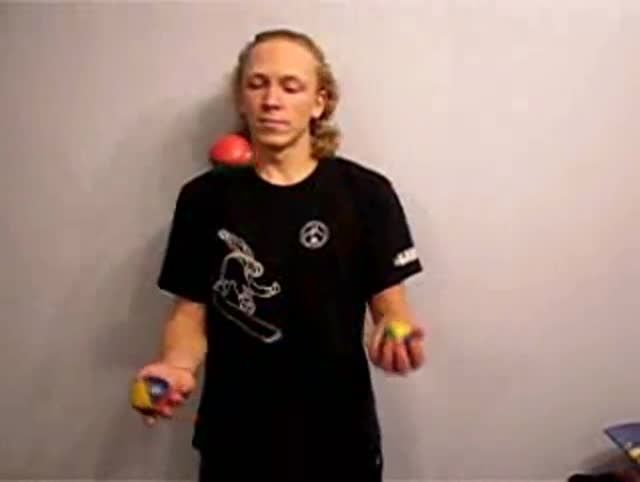