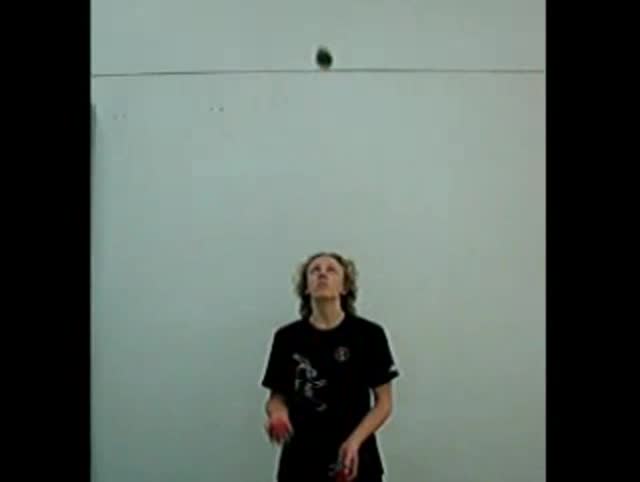 The reverse cascade is a Juggling pattern in which the props follow the same path as the cascade, but in reverse.

The pattern is performed with an odd number of props. As in the cascade, props are thrown from alternating hands and each prop is caught in the opposite hand from which it was thrown.

While in a cascade objects are caught on the outside of the pattern (on the far left and right) and thrown from closer to the middle of the pattern, causing each ball to pass under the ball previously thown, in a reverse cascade objects are caught near the middle of the pattern and thrown from the outside, causing each ball to pass above the ball previously thrown. Thus from the juggler's perspective the left hand moves in a clockwise motion, and the right hand in a counterclockwise motion.

The reverse cascade is generally considered to be more difficult to perform than the cascade.