Posted: 9th Apr 2012
need some help with new moves. currently can do 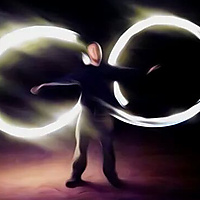 Posted: 9th Apr 2012
try learning to spin STSD and move your arms in split time and split-time opposites as well as vice versa on various planes/times/etc... makes for some very fun combinations and transistions

"If all else fails, immortality can always be assured by spectacular error." 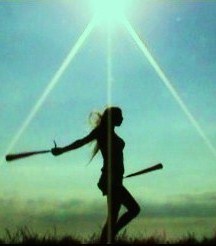 Posted: 9th Apr 2013
Reels and stalls/stops is the best thing to learn now.
Reels are same direction circles like weaves but in front and behind instead of one side of you to the other.

Learning Reels now will help you turn effortlessly. Stall and stops will show you creative ways to switch from butterfly swinging to weaves and reels. Free's up so much movement.

Also, flowers are good to start practicing now for ultimate freedom and ability to change direction, position with ease.

Cateyes and wrist wraps and nice looking tricks and real easy to learn especially after practicing reels for half hour.