Posted: 19th Mar 2010
Being a beginner myself, I have found that it often helps to videotape yourself while spinning.

What this does for me is, it allows me to step outside of myself and see from a third-person point of view what I am doing and how it looks. You could do this with a mirror as well but I like using video as it allows me to look back after the fact and just overall see how I did.

Doing this helped me get the 3 beat weave down. I had kinda been able to do a really sloppy version of it (I have video if you wanna see how horrible it was). Watching that video helped me realize what I was doing wrong. I still don't have it perfect, but it's now much more fluid, less sloppy, and overall better looking.

Zan recommends that you look in a mirror while you spin, side-on to examine your plane control, and front-on to fix up your timing and spacing.

If quizzes are quizzical, what are tests?

Posted: 21st Mar 2010
I don't have mirrors large enough to work that out with. I do have a webcam though, so I set it up, and go to town. It has helped me loads.

Posted: 21st Mar 2010
I don't have mirror large enough either, but I find if I'm using light toys outside that a window with a darkened room ( +/- curtains) does well enough.
ecaBRONZE Member
member
197 posts
Location: Minneapolis, MN, USA

Posted: 26th Mar 2010
yeah i find the window thing is good too but i think i freak the downstairs neighbors out

Posted: 26th Mar 2010
My additional piece of advice is: drill all the most common motions, or motions that are initially counterintuitive, without poi, until well after you think they've become natural to you (e.g. Zan and Jon's recommendations for rehearsing flowers, hybrids, and CAPs). Not to say you should spend entire practice sessions doing that, but working in five, ten minutes (as a warmup, say) will help a lot. Once you start to get the body motions down, you can ignore them and focus on the details that involve the poi (planes, timing, cross-points, etc). If having the poi in your hands totally throws off the motion you've been practicing, it means you've probably just practiced it until it's familiar, and not until it's second nature.

Make a list of the moves you know and a list of the moves you'd like to learn in the near future. Practice the moves in your repertoire and then begin trying new ones. (This helps you keep even your basic moves fresh and smooth.) Having a list is a nice way to help you keep constant goals and see your progress. Your list will become long. Don't be afraid to name moves whatever you want.


NEVER EVER EVER GIVE UP! You will get a move if you set your heart to it. 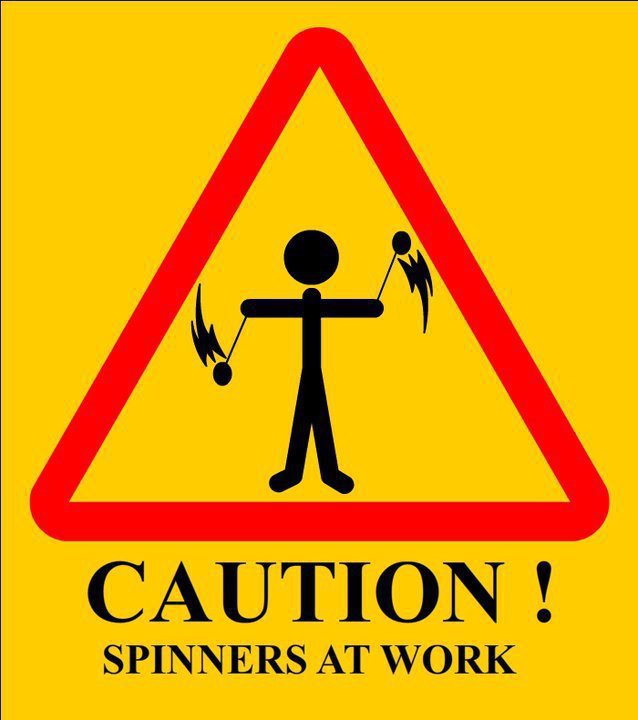 Posted: 28th Mar 2010
Too true, such as waistwraps, took me about a month, but I got em. And I still can't do butterfly waistwraps as they keep tangling and I have never figured it out still, but I'm sure I eventually will.