Forums > Social Chat > We are engaged!


Yesterday Arsn proposed to me!!!
It was very romantic and sweet... he proposed in front of the whole family and I was (for once) lost for words..
I have now got some bling on my finger and we are very happy floating in engaged bliss.

So for all you ole skool hoppers you will all know that arsn and I actually got married ages ago, in a wiccan handfasting ceremony.... but it has been playing on our minds a bit that we have almost been together for 5 years now and my mother has threatened violence if we dont do it 'properly'....(Im her only daughter and all, I think she wants to be the mother of the bride)
and plus we wanted a big ole wedding where everyone could come.... including our gorgeous son!

so yeah it was a very merry christmas indeed!


When exactly is the 10 year anniversary of HOP?

26 Oct 2008 is the HoP 10th birthday - other than a lot of "promising" by other people on our behalf (!) we haven't made any firm plans, but there is loose idea to have a "gy-nor-mouse knees up" as per suggestions/requests.
I'm thinking of a paddock, a marquee, port-a-loos etc and a "first-in-first served" cutoff of "X" (insert number here) HoPpers, but we'll have to see what pans out over the coming year!
Are you guys REALLY sure you want to make it easier to be desended upon in large droves by planning the timing to co-incide?!!

I have several large jars of the stuff. I actually like it... a little. And don't tell anyone I admitted to it.

It would be invitees only, not any ole one up for a party.

I wonder if the ring was paid for with 18 month of fire busking, like the ring on my own angels finger... 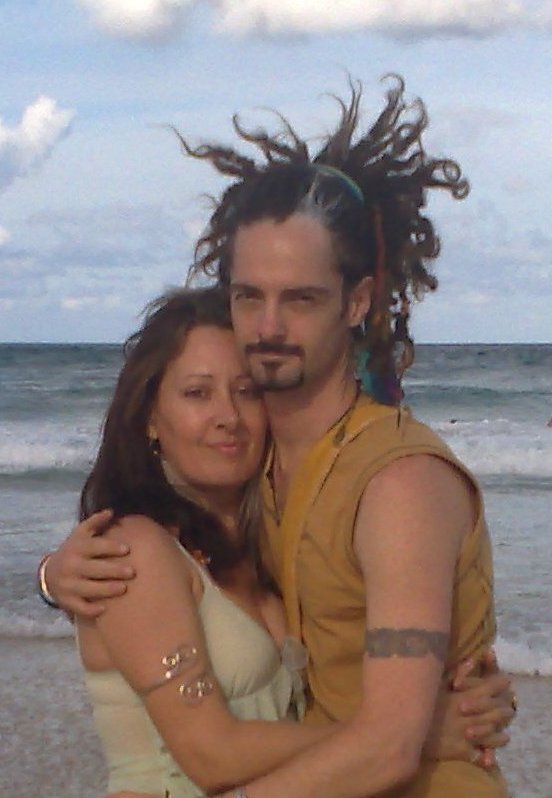 "Absence is to love what wind is to fire...it extinguishes the small, enkindles the great."
--Comte Debussy-Rebutin

Posted: 29th Dec 2006
Wooo! I have about 3-years worth of Cosmo Bride you can have, plus I saw the most hideous candyfloss pink tulle creation the other day, which would be great for one of those "we're getting married in the spirit of irony" things.

What happened with that idea you had for getting a created diamond in the end? Did you do it?

There is a slight possibility that I am not actually right all of the time.

Posted: 29th Dec 2006
Well i guess i better say congratulations while i'm sitting here playing on miss Gita's poota. She is sitting beside me. We will give you a much betterer congratulations in a couple of days when we spend NEW YEARS with you. But for intermernet sake CONGRATULATIONS TO BOTH YOU MONKEYS!!!!

:admires giant wooden aeroplane: Its about time trees were good for something, instead of just standing their like jerks!!!

AdeSILVER Member
Are we there yet?
1,897 posts
Location: australia

So Jewish tradition is not to congratulate on engagements and pregnancies (bad luck). Instead, I'll say THAT'S WONDERFUL!!!

and best of luck to both of you!

have i seen you on Occult Corpus?

Posted: 1st Jan 2007
Yep and she posted something about getting married too

BasstonesGOLD Member
Do you do the poiz?
530 posts
Location: Brisbane, Australia

"In the end there is only fire and a waterfall"

hugs for both of you!

so... do ed and I get to be bridesmaids too?

"Absence is to love what wind is to fire...it extinguishes the small, enkindles the great."
--Comte Debussy-Rebutin

Im still trying to get through to kebbie...(dev Kev)

btw, the wedding bar the dress, invite list and the date is almost entirely planned.

I have been busy!

The Tea FairySILVER Member
old hand
853 posts
Location: Behind you...

Take me disappearing through the smoke rings of my mind....

I intend to live forever - so far, so good.

If it costs "a penny for your thoughts", but people give you their "two-pence worth", who is getting the extra penny?

Posted: 4th Jan 2007
congratulations to you both & I shall be seeing you both soon

so... do ed and I get to be bridesmaids too?

what are you talking about? i wanted to be the flowergirl!

Posted: 4th Jan 2007
*shakes head* ed... you don't think maybe you're a lil bit tall to be a flowergirl? actually, scratch that... what's a few inches between friends?

Posted: 4th Jan 2007
I think Ed would be a great flower girl. I'll take his place as a bridesmaid though

Growing old is mandatory; growing up is NOT.
Proud member of the HoP DPS.
Sanity is a highly overrated state of mind.
I'm normal ... it's everyone else that's crazy.