Forums > Meet Others > Is anyone gathering in Christchurch???

Posted: 26th Apr 2006
Hey hoppers,
I've been back in Christchurch from canada for about 3mths now and I'm a bit out of the scene, I'm wondering if there's anyone getting together in Christchurch to play... with whatever really! I like to play poi mostly but I play a little, little bit with staff, sticks, juggling and spheres, and would be most stoked to learn more and share whatever I can

I'm pretty busy with school, but will do what I can to make whatever time available if somethings going on..
lucy
TheWibblerGOLD Member
old hand
920 posts
Location: New Zealand

Posted: 26th Apr 2006
Hello, i'm back in CHCH too. Not been playing much cos of the dirty weather and lots of work to do. But if you hear of anything gimme a shout. There was a fire night on tuesdays last time i was in town, and the juggling night may or may not be happening again this year at CPIT.

Posted: 26th Apr 2006
I wonder if they are still doing it at Bridge of Remembrance on Tuesdays.

Last time I was in ChCh they were still doing it there, but that was a long time ago....
(like 4 years)

Posted: 25th Sep 2006
ALRIGHT!!!
Otautahi has a drumming and twirling gathering place for the summer!!
On tuesday nights behind Centennial pools on the river side not the armagh side on that litle park bit. It's just started up in the last few weeks so come and show your support and make it last til after 11pm cos that's when I usually finish work and I really wanna come play

I'm in welli til the 2nd but I plan to come along on the 3/10/06.
apparently it was going 8pm-10pm last week so lets bulk it out kids and make a night of it!!
Joe Marshallnewbie
33 posts
Location: London, UK

Posted: 20th Jan 2007
Only thing i've heard of is wednesday night unicycle crew meeting up in victoria (square or park, can't remember) the one that's a block north of cathedral square (i think)

I hear a load of non unicyclists meet there too.

I've actually got some poi now, and some super nice juggling balls thanks to a visit to the homeofpoi warehouse, after the nasty NZ customs stole all my toys.

Posted: 16th Feb 2007
Just a note to anyone who wants to do poi in ChCh and searches - the unicycle meet is a good place to meet up with poi people, last week there were four or five people who spin at it. You might learn to ride a unicycle too if you're not careful.

It's Wednesdays in February, but then is changing to Thursdays from March 2007 I think. Victoria Square, block north on Columbo St. from Cathedral Square, 7ish.

If you're reading this post a long time after it was written email unisoc at hotmail dot com to find out when the meet is.

Also, the Tuesday night fire apparently last Tuesday there were a couple of people spinning fire in Centennial Park, I might go down to that if I'm around next week, cos I don't have my fire with me, only glow, and I need to have a go on someone's fire poi to keep my hand in.

Posted: 23rd May 2007
Hey guys, i used to live in chch but now i am in aussie. But it still would be nice to meet people on here from chch that are in to poi's and staff. 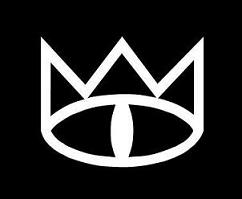 if anyone is about. Is that unicycle thing still happening? I can ride a uni too...be good to tyre my legs out

if anyone is about. Is that unicycle thing still happening? I can ride a uni too...be good to tyre my legs out

Posted: 30th May 2007
Was awesome last night. It all went a bit fire staff afterwards, 3.5L of kerosene went up in flames, in a good way. Those massive staffs burn about 600ml in one burn, they were so much fun to spin, I think we stopped about 11:15 when we ran out of the second lot of kerosene that we'd bought. I have no hair on the back of my right hand.

There's plans for more fire next week. I'm gonna be in Melbourne next week, darn it, and then back to UK via the USA, so I'm gonna miss it.

Posted: 11th Oct 2007
On the Friday closest to the Full Moon - spinners, hula hoopers, drummers and like-minded folk gather by the Pier at New Brighton beach to NUT OFF doing what they enjoy most. It has been going for a few months and with summer on the way (surely...) it will only get bigger.

Think it starts about 10pm.

If you dive into a bathtub of boiling water with a mirror in the bottom, be careful not to panic or you may forget which way is up and drown