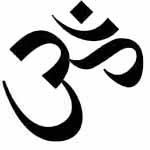 rev ttn, throw the lhp when its beating underneath the rhp, and make the socks tangle over each other at the halfway point (or thereabouts) of the held poi (it doesnt matter as much where you tangle on the other sock, so long as its closer to the handle than halfway) so that the poi swings around the in-air poi and you can catch it again, trapping the knot of the in-air poi so that you can turn n pirouette... and then kinda stall on the up-beat and release the poi head so that the in-air poi becomes thrown, so that you can catch it (or propeller it) (or re-whip catch it (gasp!))...

those that know, dont say. those that say, dont know.

, must try and get whip catches working.....

Posted: 30th Dec 2005
ok you lost me around the first catch before pirouette....video ? 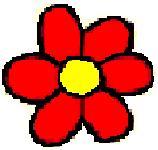 Posted: 2nd Jan 2006
are you pirouetting while the thrown poi is around the other? or while it is in the air?

video would be uber helpful.

Posted: 2nd Jan 2006
A whip catch from butterfly? Hmm... I hadn't found a way to do these yet. Only from a weave pattern.

Posted: 2nd Jan 2006
pirouette after the whip catch, yup.
i'd chuck it up on video if i had a video and knew how to do all the computery stuff...
maybe in the next few months i'll be able to have something to show for these words...
yeah i wanted to see if you could butterfly-whip catch after playing about entering it from a weave. gotta have lovely timing...

those that know, dont say. those that say, dont know.