Posted: 20th Oct 2005
Hello all! I'm very new to fire staffs. infact i don't own one at this point in time, i got a metal curtain rail with 2 sponges sticky taped to either side as padding. Anyway, to the point, i'm getting a proper fire staff for christmas(ain't mum's great), and i want to know what kind of wick i need, i've checked this site and i see wick that come's in strips, is this the right one, or is there a wick especialy made for fire staffs?

Posted: 20th Oct 2005
The wick you want is called kevlar it comes in strips.

If you're mums getting you one I'd recomend going to Oddballs in London and getting a steve staff or getting one from tePooka toys https://www.tepookatoys.com
(insert shameless self promotion), the ones off this site are good too.

Always make sure that you get kevlar wicks sometimes if you get them in thailand they make them out of asbestos which is not nice.

If you are making your own there's loads of articles about on construction. Which are easy to find by doing a serach for them. 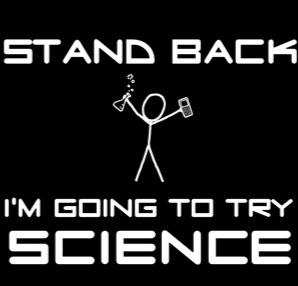 Posted: 20th Oct 2005
Try to head to a place you can check a few out to see how they feel - oddballs on camden lock is usually pretty handy.

Dont worry too much about wick. When you get a staff it will usually already have wick on it (otherwise it is more a stick really, anyway...) which should last absolutely ages.

For a bit more info have a read of this.

Posted: 18th Jul 2007
omg oddballs rocks i'm in there like, everytime i go to camden [i'm the short girl with dark hair who looks at the contact juggling stuff and the skateboards]

i'll be seeing you oddballa people soon, i'm buying a staff cos i like to buy random things then learn how to use them and staff looks like fun.
hehe, oh yeah, and if odd balls staff read this, has my black ball come in yet? my names maria btw,[you wrote me down]

They are lovely tho, I wish they would, span in the park opposite the Camden shop with them a few months back

Posted: 19th Jul 2007
the shop in brighton is a bit poo tho was kinda dissapointing

Helpful guys in there, although they seem very Diabolo-inclined.

Posted: 23rd Jul 2007
it is mostly full of over priced hoodies n skate shoes, all the equipment is badly organised and in the corner of the shop, and the staff looked at me quite moodily as i did wander over into the corner to look what stuff was actually there

have they had it rearranged recently???

Posted: 23rd Jul 2007
I dunno but if max is there he's very useful and normally gives me a discount

probably because I go there knowing what I want and lots of it. best to check the website first and give them a call

Posted: 23rd Jul 2007
Na, the shop is still divided in half - with circus stuff at the back near the counter and skate cloths/trainers etc near the door.

I don't know their names, but the two guys I always see are always really interested in what Circus stuff you're buying.

And insist on giving a demonstration!!

I bought my staff there real cheap, and then modified it when I got home with better grip and massive wicks.

I guess they need the skate cloths and such to keep the place going. :-\

Posted: 25th Jul 2007
When I went in they tried demonstrating a staff I was looking at (with disdain to be honest) and I nearly wet myself with laughter, should have asked if he wanted someone who could use the props to work there.

Posted: 25th Jul 2007
He did try and convince me that the three-piece inner core Fire Staff was fantastic and as sturdy as a one-piece.

He was very disappointed when I didn't buy it...

I hate three-pieces.
I love the handiness of carrying them around, but I hate spinning them.

As I said, the guys in Brighton seem to be more Juggling and Diabolo inclined.

But I have played around with five different 3-pieces, one of which was my own, and I decided that I dislike the,m throughly.

They feel poorly weighted, and they begin to rattle after a while, and they feel far too flimsy for my liking - despite each of them being advertised as 'sturdy as a one-piece'. After spinning a solid one-piece, I don't think I could ever spin a flimsy 3-piece again.

Maybe I've just had experiences with particularly poor 3-pieces, but from what I've heard and form what I *have* experienced, they are certainly on my dislike list.

Posted: 29th Aug 2007
u must have a defective one... i have innercores and they are sturdy for me and i have a very martial style and throw them heaps.

Posted: 19th Dec 2008
I recently discovered that theres some new kids on the block that make some proper nice staffs of all kinds , fire ,practice, contact etc.. and they also supply Oddballs with them!