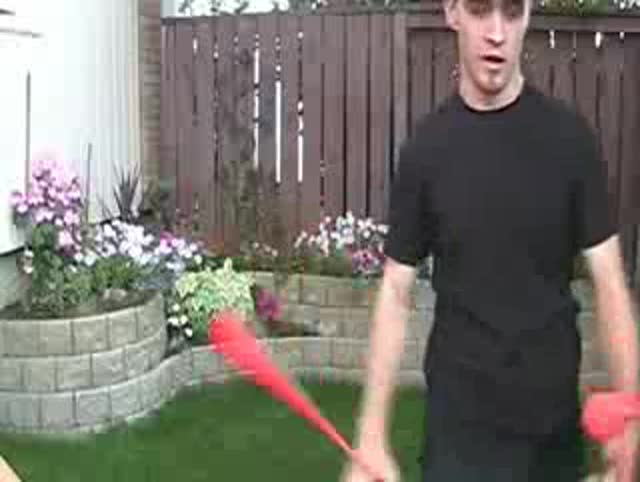 Start by swinging the Poi in Wall plane (in front of you) in same direction, Split time. Notice that there is one point in front of you that the Poi will crossover? This is where the tangle shall take place.

Notice also that one Poi is headed Downwards to this point, and the other is headed upwards as they cross. Spin the Poi into eachother, not letting the heads hit, but the strings above the head hit eachother instead. Now, the Poi that was travelling upwards towards the point of tangling, should be pulled taut, and the arm raised in order for the Poi to exit the tangle. Or, in other words, you need to give the Poi a little tug (but not too much) out of the tangle. (Notice how I slightly raise my left hand when coming out of the tangle?) when untangled, carry on Spinning. The Poi that was headed downwards towards the point of tangling, you needn't worry about too much, as gravity will do the hard work here.

There are lots of different variations on this move. Have fun finding them! 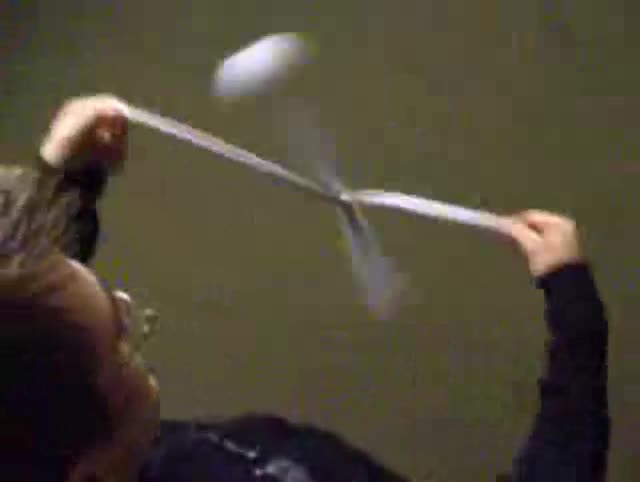 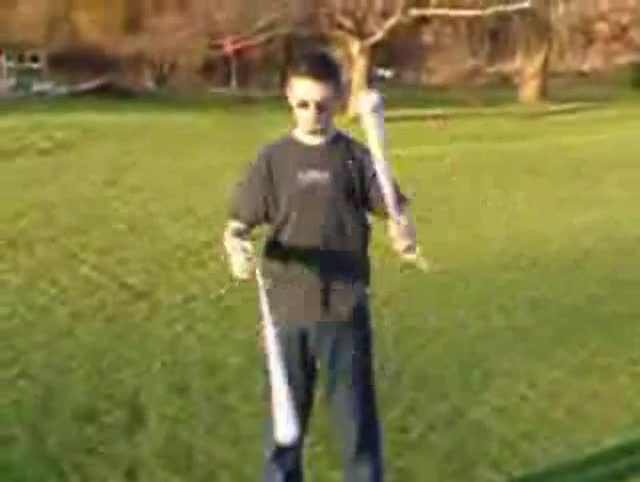