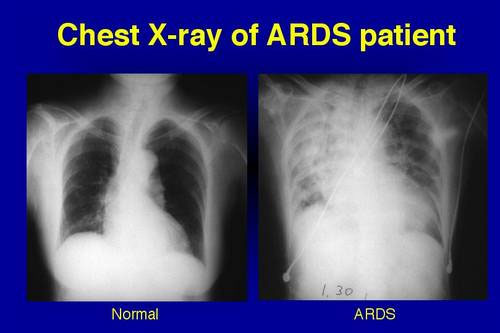 Before reading this article, I want people to read Pele's "A Season In Hell."

Read it yet? No? Go read it. Then proceed.

And now I want to briefly discuss what happened to Pele, FireMike, Dangerboy, and a tragically large number of others.

The human respiratory system is quite remarkable. The lung is a spongy organ with a total surface area equal to about that of a tennis court.(Fig. 1) 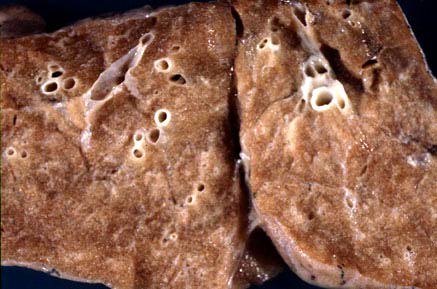 Fig.1: Normal adult human lung gross specimen. You can see the sponginess of the tissue.

Tiny blood vessels called capillaries run through the lung and bring the blood to within less of a millionth of a meter away from the inhaled air. To form this large surface area for gas exchange, each airway branches again and again until it terminates in a tiny sack with walls only three or four cell layers thick. This sack is called the alveolus. (Fig. 2) The alveoli (plural) are lined with an oily substance called surfactant that cuts down on surface tension. Without surfactant, the lungs would collapse from the surface tension of the water lining each alveolus. 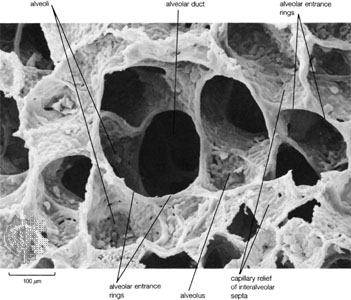 Fig.2: Scanning electron micrograph (SEM) of alveoli in a healthy, adult, human lung. Note the capillaries lining the walls of each alveolus.

This small distance between the red blood cells and the atmosphere is necessary. Oxygen does not dissolve well in water. If oxygen had to travel any appreciable distance through any watery fluid (like blood plasma), it would never reach the red blood cell (Fig. 3). 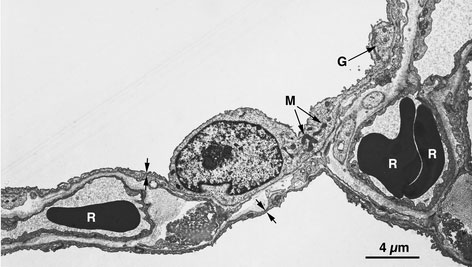 Fig.3: Transmission electron micrograph (TEM) of two alveolae and their shared septum (wall) from healthy adult human lung. Red blood cells are labeled R. Small arrows highlight the thinness of the walls of the blood vessels. M and G refer to other common cell types in the alveolus. The reference bar is 4 millionths of a meter in length. 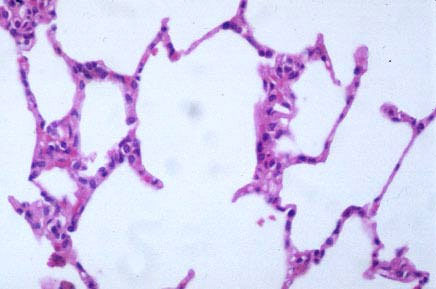 However, the human respiratory system is also delicate (Fig. 4), and it defends itself zealously against invasion. If any foreign agent manages to get into the alveoli (the tiny air spaces where oxygen exchange occurs), a massive immune reaction occurs. Plasma from the blood leaks into the alveoli, laden with white blood cells and antibodies to attack the invaders. The alveoli fill up with fluid and the filled alveoli become incapable of oxygenating the blood.

The problem is that the lungs are not very bright. Sometimes, the invader isn't actually a bacterium or a virus, but rather, a chemical agent. The lungs overreact to the agent, which causes even more damage to the lungs and begins a vicious cycle of damage and reaction to damage that fills the lungs with fluid. (Fig. 5) 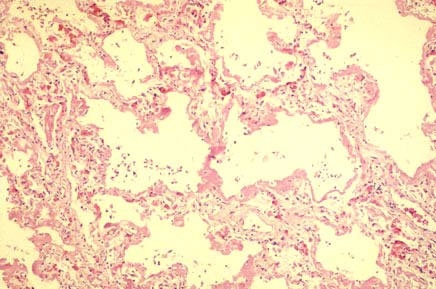 Fig.5: Light micrograph of a lung affected by ARDS. The thick, pink membranes lining the alveoli are called hyaline membranes. The thickening of the interalveolar septa is called fibrosis.

Because this happens quite quickly, it is called the Acute Respiratory Distress Syndrome, or ARDS.

When the alveoli are filled with fluid, this is called pneumonia. When the inflammation strips off the layer of surfactant and replaces it with a stiff membrane of debris that stiffens the lung and prevents gas exchange between blood and air, that is called hyaline membrane disease. In ARDS both pneumonia and hyaline membrane disease occur throughout the lungs at the same time, which makes the situation far, far worse! (Fig. 6).

Fig.6: Chest radiograph of a healthy individual and a patient with ARDS. Notice the involvement of almost all of the lung.

"Firebreather's Lung" is a special case of ARDS. It's no different than other types of ARDS except for the fact that the cause is fuel. It is also called a chemical pneumonitis, where a pneumonitis means "inflammation of the lungs." Even a relatively small amount of fuel inhaled into the lungs can trigger ARDS. For whatever reason, a type of chemical called a hydrocarbon (oil, gasoline, kerosene, etc.) is especially good at triggering the syndrome. It just takes a shift of the wind to blow the spray back into your face as you inhale. And that's it. ARDS will develop within hours.

No current medical therapy can halt the progression of ARDS. No therapy can shorten its duration. There is no cure except to keep the patient alive until the disease resolves on its own.

This is, unfortunately, easier said than done. In fact, roughly half of patients diagnosed as having ARDS will die from their disease.

Being intubated (having the tube in your trachea) is very unpleasant. Most patients cannot tolerate it without sedation. Patients feel starved for air all of the time, in spite of the best efforts of the medical personnel to give them all the oxygen they can. Furthermore, after weeks of bed rest, the muscles of the body become very deconditioned, and even very fit patients are unable to stand on their own because their muscles are so weak. It takes months of physical therapy to regain that muscle strength.

Looking back at fig. 5, you can see that the septa between the alveoli are far thicker than they are in the healthy lung image. This is because in the wake of all the inflammation, the body's repairative process lay down scar tissue in the thin, delicate spaces between the capillaries and the alveolar airspace. This fibrous scar tissue, or fibrosis, while it strengthens (and thus, stiffens) the lung, it also prevents the efficient exange of gases between blood and air. The scarring does not effectively resolve.

Even after the ARDS is resolved, the lungs have suffered a lot of damage. The damage may be permanent and some patients may be dependent on home oxygen for life. Other patients may not be dependent on home oxygen, but may never regain all of their lung function and will get out of breath while performing tasks that used to be easy, like climbing stairs.

This residual damage, combined with the psychological trauma of an extended ICU stay, can make ARDS into a truly life-altering disease. In a fateful few seconds, a healthy, young person can be turned into a life-long pulmonary cripple.

This is why Fire Breathing is a bad idea.