As the name suggests, this move revolves around ‘clapping’ the fans lightly together. Begin with standing with your feet shoulder width apart and your arms straight out either side. Bring both fans together, touch lightly and return to the open armed position.

A variation of this move is to hold one arm straight out to the side and the other arm out in front. Move the arm that is out to the side forward in an arc and touch the fan out in front. The touched fan, still with a straight arm, then moves to the opposite side, the other hand now stretched out front.
This move will appear to the spectator as a flapping or clapping of flames. The variation will appear as a ‘ping-pong’ like clap or flap.

This can also be done overhead. 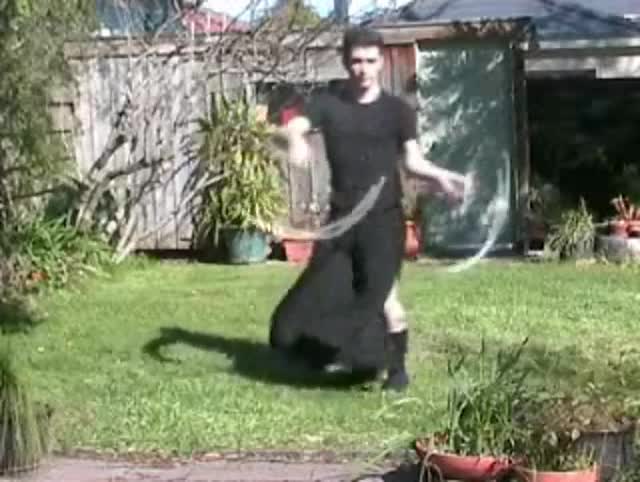