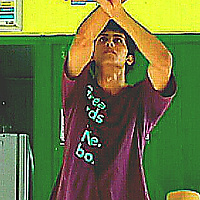 Posted: 15th Oct 2015
Hello , I am very confused ... I can not tell the difference between this and the other

How to explain in paper?? 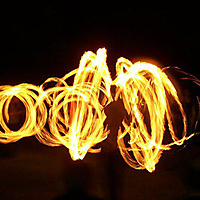 Posted: 20th Oct 2015
i think of it as crossers being 1 beat weaves, meltdowns 1.5 beat weaves, wraps being 3 beat weaves around your body and mind meltdowns being wraps around the head (as your arms/hands more circle your head then wrap around)

for crossers fold your arms and do a weave. sounds easier than it is, start off with 1 poi and you'll figure out your hand/wrist movements then when you bring in the second poi you will figure out that your body needs to help keep them from hitting yourself by rocking back and forth.

meltdowns are a lot different to crossers (tbh i cant do them that well so my advice on this might not be as accurate as the rest). again start with one and try to make a circle in the wheel plane that goes across your body in front and behind (if you imagine the path of the end of the poi it will be kind of saddle shaped). where i usually fail on this is introducing the second poi; it is merely mirroring the other poi but you have to twist your body 180 degrees to ensure they both have a similar path around your body............i think

a body wrap is a 3 beat weave while your arms are behind your back. i was taught to start with hip reels and with each beat move one hand to a different part of the body (hip, shoulder, etc). if you do hip reels on the same hip across the front of your body it is a 3 beat weave, if you do it across your back it becomes a wrap.

Posted: 22nd Oct 2015
Hi!, I searched in the web for solve this question. I found much opinions and comments for this theme, videos, among other.

I have a conclusion for me and with help for your comment i defined the following answer.

Crosser, is like bear hug and generalty have an two beat weave (one in front and one in back)

For wraps, i found this definition:
Home of Poi