As well as this im also playing around with kart wheels and other breakdance style moves, is there any others out there doing this kind of style? if so who and is there video footage?

Posted: 26th Feb 2008
Hi si
do you know tim chown from chimera?,he is combining capoera and contact staff in a cool way,
i also do some ground work with staff,there are some ideas on my videos but nothing ive trained properly for years,
sichaineyBRONZE Member
enthusiast
242 posts
Location: bournemouth/dorset/uk

Posted: 26th Feb 2008
i do know Tim from a few spinning festivals, wasnt aware he was doing this ... I shall quiz him next time I see him. Im thinking of taking up an adult gymnastic class so I can learn how to perform no handed kart wheels. Will check out the vids

Posted: 28th Feb 2008
I was working on capoeira with staff.. had got as far as cartwheels with a staff on the shoulders all the way through... until I screwed a muscle in my wrist= instant 4 week ban on cartwheels and spinning *sigh*

Posted: 11th Mar 2008
having just been to paris with ninja dave you should hook up with sometime as well,he gets down on the ground a lot whilst still maintain some smoth contact moves

Posted: 19th Mar 2008
capoeira has many gorgeous cartwheel ('au') movements that can be performed on fire toys with care. au's can freeze ('au batido' an upside-down-kick) and can be done without hands touching the ground 'au sem mao'

like with weapons training, *definitely* get it down flawlessly with empty hands before considering doing it with 1 or 2 flaming staves.

capo is a graceful, flowing form. if your style does not flow, maybe learning gymnastics for static acro.

Thanks for the info, I have met some guys who can do capoeira with staff and it does look amazing!!
I have decided (for now) to take up break dance as I want an element of street in my performance. First lesson is tomorrow so hopefully no broken legs!!!! wrists, arms, ankles, coller bones, fingers or face!

at the same time? aerial freezes - that's what i'm working on next

i was trying to do back walkovers one-handed for ages (i've got forward one handed down) - so the staff could just spin sagittal plane in the other hand - but then my shoulder died and so did the idea. i figured it would be possible to keep it spinning in transverse plane too if you had really good timing - even a palm spin. you'd end up in quite a weird twisted position but could just half turn out.

so i'm now trying 2 handed with contact. it's possible to matrix then roll down as the leg comes up, wrap the leg as it's vertical.. but then it's the whole upside-down-with-a-staff-in-the-face scenario... could overtake with the other leg to land on, bend the first leg and lock the staff to your hip...

anyone else played with this sort of thing? 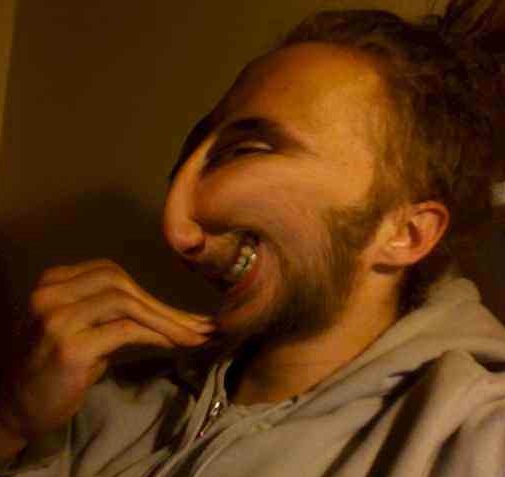 so i'm now trying 2 handed with contact. it's possible to matrix then roll down as the leg comes up, wrap the leg as it's vertical.. but then it's the whole upside-down-with-a-staff-in-the-face scenario... could overtake with the other leg to land on, bend the first leg and lock the staff to your hip...


I think i have been trying something similar. Except I get into it from a hip wrap, then cartwheel into the staff so it moves between my legs. i can get into the position fine. but i can't for the life of me work out how to get out of it.

I think *think* that once up in a handstand position you could come down via a walkover leading with the same leg you went into the cartwheel with. But I can't walkover so i guess you have to try

One handed cartwheels are quite adaptable with staff. I can do them in both vertical and horizontal planes.
And recently was taught a cartwheel and a butterfly kick using a staff martial arts style but that comes with a huge risk of bending.

Posted: 14th Aug 2008
@Bender
Gonna be in Melbourne for the next 10 days or so hope to catch up with you dude. Don't know how I missed you when I was LIVING down there.

Oh yeah and do check out his site. It is good. Crazy even.