Posted: 7th Sep 2006
After the great little comp we had down in burleigh about two years ago, attracting some great acts and heaps of crowd support, we have finally organsied the next BIG BURN OFF.

We are holding this one in conjunction with the "InTheBin" film festival in currumbin parklands, across the road form the Currumbin Wildlife Sanctuary.

Entry for Spectators is $5 adults or $10 for families.

The 1st place price for the Ninjas is $1000 (to spend at Threeworlds!)

For the Grasshoppers the first place is $250 (to spend at Threeworlds!)

Second place $100 (to spend at Threeworlds!)

We will be filming the nights events and there will be live feeds to big screens!! (thanks to Jed from Film Fest)

We will endeavour to make a dvd from the footage and will make it avaiable for sale after the event.

So if you want to get invovled, by having a group enter then get your show together as, in traditional Threeworlds style there is very short notice.

Entry fees for the groups are $35 for Ninjas and $20 for Grasshoppers.

Details on our site at www.threeworlds.com.au

Posted: 7th Sep 2006
Hopefully this time you can get your own soundsystem organised along with wet towels and extinguishers.

Also maybe some judge's with spinning experience for full appreciation of technicality would be handy, especially for the ninja section.

Posted: 7th Sep 2006
Oh oh.... also you might also want to consider a ban on firebreathing this time after the excessiveness of some groups trying to keep up with the first few acts.

Gets the grass very slippery and is not something you want to encourage in the public. Simple accident could put a big dampener on the event.

I remember Ruben was stuck with a mouth full of fuel for a full minute at the start of his act while a faulty music cue was reset. not tasty.

And for anyone checking out the footage of our performance on the threeworlds site please keep in mind we had been partying the whole day/night before (nimbin mardigrass) and had slept through our second rehearsal, hence the disorder. ( i know, excuses excuses


Hopefully this time you can get your own soundsystem organised along with wet towels and extinguishers.

Also maybe some judge's with spinning experience for full appreciation of technicality would be handy, especially for the ninja section.

Good luck with the event!

whoa dood! some full on vibes there! I can tell you right now that three of the judges from the last event are fantastic firespinners and have a high degree of techincal ability. Im not just saying that becasue they are my friends either... They actually know what they are doing.

By the way, we came third two years ago at this comp and you had a lovely gig, I really enjoyed watching you perform.
Love Kristy

Posted: 8th Sep 2006
We put these things on for fun. Not to get all serious. I admit that we are highly unorganised at times, but hey i don't see anyone else putting these things on, so someone had to do it. We run on faith and good will, and thing come together most of the time.

So for all the people that just love twirling and having fun, this is for you.

We are not focusing on the win lose thing, but more on the spirit of it. Getting together doing shows for people. Inspiring people!!

Last year the judging was done by, from memory 8 people, and more than half of them were twirlers. This year will be no different.

Pyroptix, we fully appreciate the sound last time. And your show was awesome, and i think i would have chose you as the winners, but the winning act was so different and beautiful too. (2 points difference!!so it was really close) So really creativity is hard to rate. Everyone was awesome.

The sound is sorted this time round, and we are having big screen feeds on the outdoor film screens. (part of the Gold Coast Film Festival)

I think for anyone going in this one, we would like to encourage a light spirit and less focus on winning. Only one team can win, but everyone who has a go is deserving of acknowledgement and respect.

Also like to add that ANYONE who wants to have a go should.

Last year there were heaps of people a bit intimidated by the whole COMP idea. We have a grasshoppers section this time, and really encourage people to have a go!! Hope to see ya there!!!

Posted: 8th Sep 2006
Hey sorry i didn't mean to come across so full on. really

It's great that you've taken the time and effort to organise something fun for both the community of fire spinners and the public to share.

I really did enjoy coming up last time, Its a pity i cant make it this year. I hope it goes really well and I'm sure fun will be had by all. Am glad about the breathing restrictions.

I hate when i sound too serious on forums

Posted: 9th Sep 2006
Yeah we are being a lot more on it about the safety this time all ways round. There will be fuelling and extinguishing zones, and safety will be a consideration in the judging aspect. Fire-breathing = disqualification as far as I recall from my last discussion with the lovely ThreeWorlds lads.

It's not at Burleigh this time either, but at Currumbin, so the whole vibe should be cosy and sweet...

Matt and amanda, you are both in my dvd. Perhaps i could enter the UberOz video as an entry for the show??? It's pretty badass, especially on a big screen. PM me a mailing address and i'll send your copy up to you.

Posted: 13th Sep 2006
Hey looking forward to it! Sounds like it's going to be great.

Is there a ninja lineup yet?

and is it all groups (as opposed to individuals?)

Posted: 16th Sep 2006
The entries are still coming in. We are going for groups again.
Individual fire twirling is cool, but i personally love watch people working together. Last time was the same. Two or more people a must. We didn't actually state it this time around but so far we only have group which is cool.

Hope the weather is ok, we don't have a rain plan, apart from postponing it. It's all outside of course and there is no cover... Fingers Crossed...

Group work
not necessarily choreography.. could be contact, character, story telling... but more put into it than just a few people freestyling eh)

Audience response
so we want all you folk watching to whoop it up if you like something!

Safety:
if you light something, you are responsible for putting it out. No Fire Breathing. Other than that the usual stuff... not too close to people, no fuelspray etc 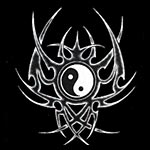 Love to all the people up there. I will come up soon to see everyone. And put me down for a copy of the DVD!

Posted: 18th Sep 2006
Well, it was on. After seeing the forecast two days ago for thunderstorms in the late afternoon/evening, i was doubtful!!!
But i saw stars in the sky as we stood around in a big circle at the end of the event, gazing upwards, breathing a little.

So there was a great line up of acts. Probably not as many as we would have liked, but given the short notice it was great!! The grasshoppers were cool. Really good to see the young kids having ago, and they were really impressive!! (surprised by the skill levels)

The first prize was taken out by Gold Coaster, Steve and Dan from (everywhere) and Cairns lately, but now in brisbane. .. . and Chinta, one of the Grasshoppers.

Their show was awesome!!! Very dynamic and fluid. Their name LiquaFusion. Man they have it down!!!

All the acts were different. Some saucy, some sacred and another way out and fun!.

So i hope to get some video on the site over the next few weeks. www.threeworlds.com.au

So Big Thanks to all that helped make it happen!!! Matt and Suzy and Gabe, Rick, and Jed from "in The Bin". and everyone else.

There was a good crowd too by the way. I think there would have been a few hundred at least.

We did hardly any marketing, and next year we will pull together a much better show. Jed from "In the Bin" was talking about next year already, and how he wants it a bit more organised

which is understandable. There was huge disorganisation with the music. People with mp3 players, laptops, cds, and not all of them were working. Pretty hard for Jed, who still did an awesome job pulling it all together.

So if Jed is up for another year we can have a lot more time to prep and let people know when it's on etc. (same time next year!!!) Now that is enough notice

Last night i just felt how big this could get, and how cool it is going to become!!! So lets look forward to next year with hopes for more acts and a big push for development of this art form into a more widely appreciated art!!!

Posted: 9th Nov 2006
Finally got the video of the winners up on the site. Check out

Posted: 9th Nov 2006
Dan's in Brisbane now? someone tell him I have piles of mail for him! I've tried his mobile but maybe it's not working or in a van somewhere

Posted: 10th Nov 2006
Is there any chance you can put the video back on Youtube please rather than just from your site?

I really wanted to watch it full screen

Or if you would like to come watch, all the details are here

Looking forward to another great year of super good twirling.