Posted: 6th Feb 2006
what juggglin style do you lilke best.


One. Cole...do I really need to say it or PM it? C'mon dude. Hit the little mod button ***before*** exploding and causing an annuerism.


neither - i already know i was naughty

i did manage to i remove everything that was against the rules of hop just by editing one little line though, so i wasn't exactly an exploding-annurism-causing devil either

i considered reporting pre's post a few times but i decided against it - lesson learned. 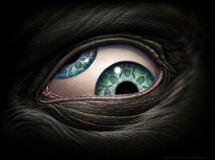 Posted: 9th Feb 2006
Coleman is not the messiah

Juggling is all stuff isn't it? Like homework and the washing up and a bit of poi then some reading. Few beers down the pub, back to my place, right laugh, got to be up in the morning though, I'm afraid your gonna have to leave now?

sorry you have yourselves stuck in this cycle of arguing, tis a waste of all our times, even mine cos I seem inclined to read it. Don't have any solution for you I'm afraid.

Maybe start a thread we all agree on, like, 'I love poi' or 'Kittens and dogs, they're both cute when there young'

My final idea (took a lot of thought) 'I like to drink water sometimes, but sometimes I drink squash' hopefully not too controversial...
EDITED_BY: Moohaahaa (1139427904)

PRE - POSTING IN CAPITAL LETTERS INDICATES THAT YOU ARE SHOUTING - IT IS RUDE AND DOES NOT MAKE YOUR POINT ANY MORE VALID.


Written by: PREposterous
Cigar box does not fall into the catagory of juggling because you are not keeping at least one aloft at all times.


Exactly people were simpliny being --------- after i told them this was only toss juggling so I felt i needed to clear up my point. Thats when I decided to post in all caps to make my point more clear. after i made the post that contact was not on the list you all started talking about contact, diabolo, poi, and staff. thats when I felt i needed a post like the one in all caps. when you tell people to stop discussing something that was not intended for the thread that can get you annoyed. so thats why i had to clear things up alittle for everyone who is blind to the fact that I DONT CONSIDER CONTACT, POI, DIABOLO UNLESS YOUR DOING 3+, DEVILSTICKS OR CIGAR BOXES JUGGLING

Posted: 9th Feb 2006
I am making a new thread so you can rant as you wish here

and it keeps them both in the air...

so thats why i had to clear things up alittle for everyone who is blind to the fact that I DONT CONSIDER CONTACT, POI, DIABOLO UNLESS YOUR DOING 3+, DEVILSTICKS OR CIGAR BOXES JUGGLING

I don't think it was that people were blind to it - more that they were trying to poke a little bit of fun.
Maybe you missed it, or didn't know what it meant, but [Nx?] put two of these.. :P in his post, directly after mentioning contact juggling - so he was just joking.

So he wasn't trying to derail the topic completely, since that's a valid opinion in answer to your original question.
Pre, that's at least the second time I've seen you shout at someone for making a joke before giving their opinion that you asked about - maybe instead of shouting, you should read the posts a couple of times again. The chances are that the poster isn't deliberately trying to make you angry.

The other option was that they were just ignoring your shouting - once a post pops up that asks questions that people enjoy writing about, the original poster has to accept that it's no longer their thread.
It's then become part of the forum in general and people are going to post their thoughts regardless of any new restrictions you try to put in place.

As an aside, why do you consider toss juggling to be the only form of manipulation that's actually juggling? I'm genuinely interested to know your thoughts on this, so please don't take it as an attempt to wind you up.
Actually, maybe it's a good idea to start that in a new topic.

Posted: 10th Feb 2006
I was thinking either OWD has possibly started sleep-posting, or both Antony Gatto and Jason Garfield in the same person.