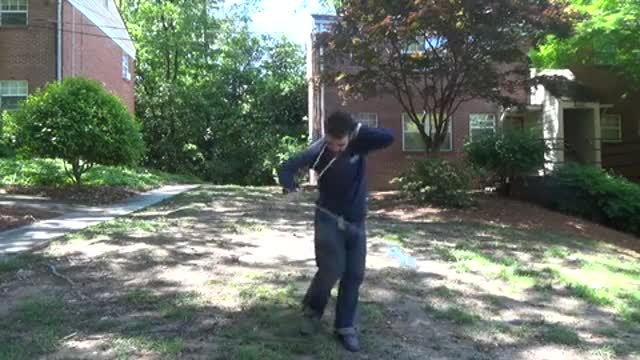 This is an introduction to the MR Trap family of maneuvers. I kept saying "MR Trap, Stall", but I wasn't really bringing attention to it being two separate things. Basically, first the trap, then the _____. I just usually stalled for a sec and went into something else. You can stall, stop, change tempo, whatever you like.

MR Trap can be thought of as a starting position and the main idea is focused on in the MR Trap Slip. I'll upload breakdowns, intermediate and advanced shoots, how to incorporate it into wraps, and so on. Solid way to go into a pendulum suddenly without just threading the needle. The leg version is pretty cool as well, especially when it's combined with normal MR Trap.

I have a lot of fun with it.

The terminology used to describe MR Trap is standardized and copyrighted by The Rope Dart Academy.