Posted: 5th Dec 2006
..... ever get a mean hankering to see what it's like on the other end of those snapping, crunching, crushing zombie jaws that are just gnawing away at your arm? Or ar you a festering, rotting corpse with a bodgered together semblence of life seeking to rejoin the land of the living if only for an endless buffet of human brains?

Posted: 5th Dec 2006
Definitely just created another character. I had forgotten about this game. I went ahead and started as a zombie this time, It makes it a little less traumatic when I forget about it for a couple days and die anyway. 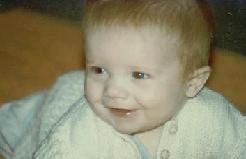 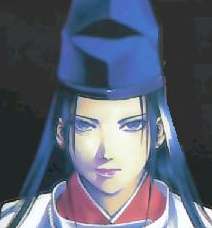 what sort of things can you do? whaht options do you get?

BrennPLATINUM Member
Will carpal your tunnel in a minute.
3,286 posts
Location: Melbourne, Australia

Posted: 6th Dec 2006
Made two characters and missed more in battle than a generic bad guy in an action movie.

Posted: 6th Dec 2006
Y'know, I had this huge post about the point of the game, but my router did this funky "I'm going to be lazy" thing and kind of timed out- eating the post for susistinance.

So, in short version- the point of the game

Zombies- kill people.
People- kill zombies.
Lame people- kill other people, get constantly killed, or mill about "Mrh"-ing like cows hoping someone will revivify them into a human.

...... it sounded a lot cooler when I had an elaborate argument about why it's better to be a zombie that a human with their weak- yet tender and delicious- flesh and brains.

Posted: 6th Dec 2006
The annoying thing is zombie players bitch at you for pk'ing them, which is dumb as hell, play a zombie expect to get blasted is what I say. I got bored of this though.

Chief adviser to the Pharaoh, in one very snazzy mutli-coloured coat

'Time goes by so slowly for those who wait...' - Whatever Happend To Baby Madonna?

Posted: 6th Dec 2006
oooo, i've actually read a bit about it and it sounds really cool if you can commit to playing long term, considering that i spend about an hour on the net most evenings i think i can spare 5 minutes to kill some zombies every day!