Posted: 3rd Dec 2006
I have checked this forum out every now and again when I feel a bit stuck.

I have been learning poi myself for a while, (and it has been frustrating at times when I get stuck) anyways- I had a lesson earlier in the year there and it helped a lot to inspire me to do different things.

However- when I come in this forum and read about all the techincal terms, I dont know what half of it means and I couldnt even tell you if I am able to do those moves..

I just do what I feel and don't have names for it- Do any of you find the names for moves and all the different 'terms' to be a bit off putting? (if you dont understand what they are!) 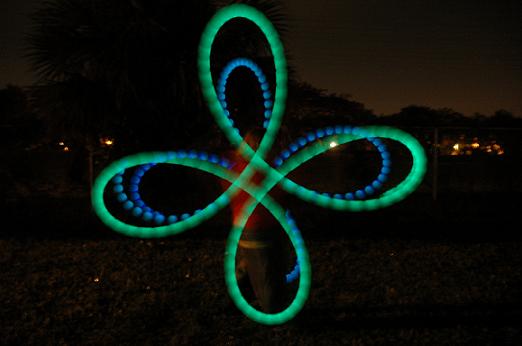 Posted: 3rd Dec 2006
First off, what you have said there I think is the most important aspect of poi - to do what you feel

I ocassionally feel addlepated when reading some of the terms. But I feel what is most necessary is doing what you believe in. Just practice. The names will come along as you use the site more and soon, research poi, yourself.

Poi isn't all about the mathimatical concepts, or even words describing it. I believe poi is more of a feeling, a state of mind and concentration. If you're too busy thinking of these certain concepts, you'll worry yourself.

Don't feel discouraged by any of this. You'll soon adapt to the abbreviations, concepts, interpretations and theories.

And just so you know, you and I aren't the only people who get daffled by the technical terms

Posted: 3rd Dec 2006
technical terms tend to be really confusing, but only until you figure the move out. then you ask yourself "how did I not understand?" but anyways, it's all about doing what you feel. I tend to figure out a trick and then figure out what it is via home of poi. but everyone has there own way about it.

Posted: 4th Dec 2006
Yeah I'd agree with that. The terms are there to help us describe what we do, not to make an exhaustive list of things that are possible.

Will those capable of telekinesis please raise my hand? 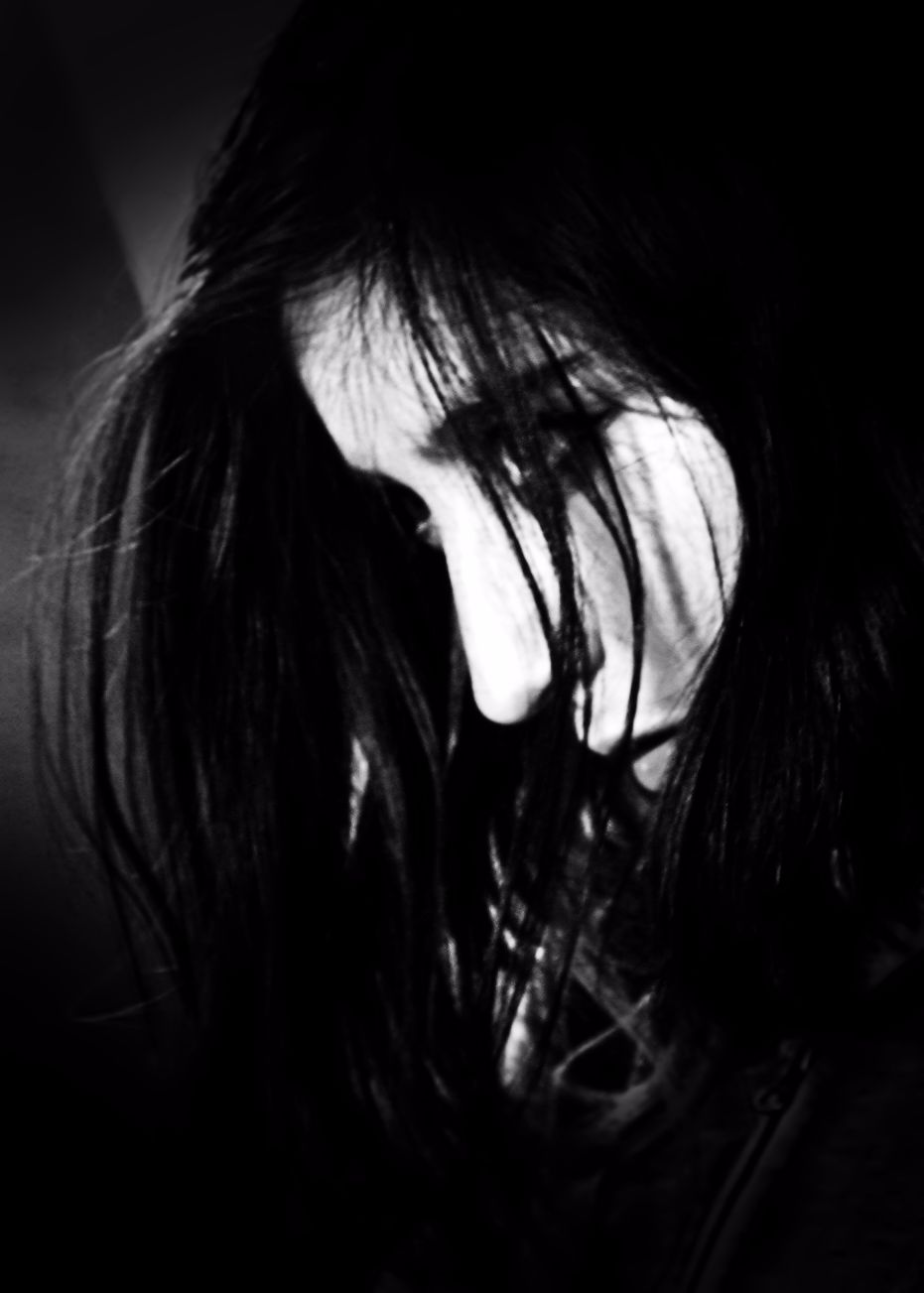 Posted: 4th Dec 2006
you do not need to learn the terms but it does simplify things, if you need help or if you're really proud of something you learned...
it is a lot easier to say that i am trying to figure out the rev3btbtbw than that spinning thing where the hands cross *blank* times behind the back while the poi are moving in a backwards fashion...
the naming allows people to know exactly what you mean and then you can get proper direction...
the more complex your moves get the longer the description and the more confusion can ensue
we are all over the world and in the end we have a general understanding of the moves. this way we can offer help and congratulations properly

Posted: 4th Dec 2006
I get pretty confused by the terms sometimes - especially when I have no idea what a move is before i read them. I normally get about as far as 'start by doing outwards butterfly, then' before getting confused.

If you want some help there's an encycloPOIdia (get it?) at spherculism.net which should help a bit.

Buy gerbils cos you can't spin with hamsters

Posted: 5th Dec 2006
Thank you for your replies. It is heartening to read that I am not the only one who is easily confused by 'big words'

I guess you are right in that people would not be able to communicate the moves they have done or want to learn if there were not a Term for the move.

I think I need to learn more about it, seems I am in the right place for that!!

There is definitely an argument for doing your own thing, but on the other hand I tend to find that having naming conventions and concepts for certain categories of moves helps to clarify things, at least for me. Take a move like chase flowers for example (poi spinning forwards split time, arms outstretched doing the same thing). Being able to take that move, and apply a concept like antispin to it immediately enables me to visualize and understand moves I've never done (in this case antispin flowers), and thus learn them faster. I can also apply the concept of butterfly to the same thing, and get butterfly flowers, and antispin butterfly flowers. So I can visualise the moves I want to learn, which helps no end in learning them.

Now, I'm not saying that you wouldn't get there without the names, but for me at least, I have a mathematical brain, and it certainly helps me get moves I wouldn;t have thought of. Another example: Take reels. How do I antispin them? Apply the concept of antispin to reels, you get this

Just my tuppence, it seems to work for me, so I run with it. That's my version of doing my own thing I suppose.

If a quizz is quizzical, what is a test?

Posted: 5th Dec 2006
Without names there would be no forums for anything. It's not only poi or staff, but dancing, science, politics, anything in this wild world. How do you want to communicate with other people about something if you don't speak the same language. Yes, charades are nice but they are lengthy.

Of course you can do your own thing but you will never really be able share your love for poi on these forums unless you make the effort.


Of course you can do your own thing but you will never really be able share your love for poi on these forums unless you make the effort.

Meh, to some degree - although you can blag a lot with "then the right hand poi sort of goes up there whilst the left one goes behind your head and hits your ear" type of descriptions...then someone comes along and says "ah, you mean an ear-wrap"

There's been people on here for years who called the same move different things to "the norm" - as long as you can describe a move well enough, then knowing the exact techy term isn't too much of an issue - it just requires less typing

But yep - Spherculism's Poidia is a good source of descriptions, and I think Nx? put up an abbreviation list too for things like w/w, bf, bt, etc etc.

I've always been one who defends

b) the right of people just to dance and enjoy and ignore the names if thats what they want out of poi.


and beleive me, many of the best, sexiest, hardcorest(not sex!) coolest spinners are in group 'b'

don't let it bother you if you don't like them. but they ain't going anywhere....

and, if you lurk/occasional post on the tech forums, you'll pick it up slowly, and hopefully new ideas will help you enhance the fun, dancey side of your poi

I wasn't trying to say anyone was 'nerdy' for knowing the names of the moves!

It was more of a comment that I can sometimes feel a bit intimidated by the Techinal terms as it makes me feel as I dont know the 'names' so therefore people think I dont know anything about the art itself!

""is there a 'put your feet in it' smiley anywhere?

If a quizz is quizzical, what is a test?

Posted: 6th Dec 2006
For the most part, I (personally) find the names pretty logical - and most moves are just composites of 2 moves - e.g waist-wrap butterfly is... a butterfly in the waist-wrap position, an isolated antispin buzzsaw fountain is just that!

It can get confusing when people come up with entirely un-helpful yet "cool" names - e.g. "Annihilator" or "Spider wraps" - so in some ways, techy terms are actually more useful than non-techy

Ahhhhhhhh - now I know who you are

Was wracking my (feeble, useless) brain to try and bring up a Nonky I'd met in Belfast

Posted: 6th Dec 2006
YAY, thanks Sambo, I now feel really special because I have been doing parallel antispin reels for ages without even realising it! Go me!
hendrickxGOLD Member
stranger
2 posts
Location: USA

Posted: 6th Dec 2006
I definately go for the do your own thing -- been trying for a week to do an offset 2 beat weave (yeah, I'm just starting) -- figured rather than rack myself in , well, you've all done it, AGAIN, I thought I'd just play around.