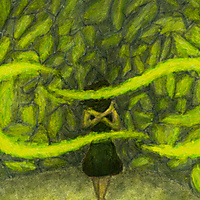 I was thinking about Colecord. Is it really better than other cords? And does the cord if I buy it alone differ? Which pois glow brighter? Which would be more entertaining for perormances? And which would be better for learning? And I really want to learn hyperloops and orbitals. Which should I choose? Or even a cheaper way - buying all the parts separately and assembling myself ( for the string poi)? 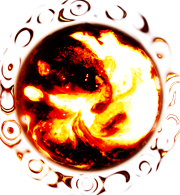 Posted: 23rd Dec 2009
Even though this is kind of a question of its own, I decided not to make a new thread about it because the topic is probably all too common, and it revolvs a lot around the things said in this thread aswell. So..

I'm thinking about what to get for my first glowing poi, and I'm just down to deciding between Oggz and Flowlights. I've already semi-decided to get the Pro Handles with the swiwels, plus colecord for string.. So it's only down to the heads now. Oggz are marginally cheaper (mainly because with Flowlights I'll have to get the crystal cases and flowmass).. They also go through the whole spectrum of colors, where as with Flowlights I'll be stuck with the colors I choose. But I also hear that Oggz break too easily(they seem so comfortably soft though..)? Are there any other pros/cons to Flowlights/Oggz that I might not be aware of?
And speaking of colors, if I end up getting Flowlights, it would probably be wise to get 2 different colors (or would it?). Could somebody tell me from experience (or have a video) about which combinations look best when spinning?
And just as a sidenote about swiwel placing, would it be a bad idea to place the swiwel in the middle of the string? I do play with short poi quite a bit, so having it near the handle (like the Pro Handles have it) would have that disadvantage. And don't the big swiwels feel uncomfortable when they're wrapped up in your hand..? But for some reason I'd imagine them being clunky if placed near the heads while doing orbitals, and I find it hard to see how they would prevent the string from winding between the handles and the crossing point (this might be a completely irrational and wrong assumption, correct me if so). So has anybody tried if there are any major disadvantages in basically cutting the string in half and placing the swivel in the middle? If not, then that would solve both of those other problems without having to have 2 swiwels per poi..

Any helping thoughts? I did use the search engine and found answers relating to this, but I was hopeful I could possibly get comments to my specific thoughts on these preferences. Thanks for any replies in advance.

Posted: 23rd Dec 2009
I've never seen them side by side but I think Flowlights are brighter than Oggz, and within Flowlights the ones at the blue end of the spectrum are brigher than the red / organge end.

Oggs have a greater colour range, flowlights have a heap of fun strobe / timing variations.

Oggs are softer and hurt less if they hit you (great if you let friends / family play with them too) but I think you're right about their being easier to damage.

I think each has advantages and disadvantages, which is why you see both still in the market - you need to decide which factors are most important to you.

Posted: 23rd Dec 2009
I have seen Flowlights break more then Oggz personally. One that I like about Oggz is that they are rechargeable, so no money on batteries. You can however get rechargeable triple A's for the Flowlights.

Posted: 24th Dec 2009
Originally Posted By: NinlaHello, I'm new here, so sorry if I did something wrong

I was thinking about Colecord. Is it really better than other cords? And does the cord if I buy it alone differ? Which pois glow brighter? Which would be more entertaining for perormances? And which would be better for learning? And I really want to learn hyperloops and orbitals. Which should I choose? Or even a cheaper way - buying all the parts separately and assembling myself ( for the string poi)?

Colecord is the best rope for poi hands down! You can use the socks as well. And they can be just as good....it just depends on what kind of feel you are looking for. I personally like colecord, cause it doesn't really streach. As for lights. I had some of the multi LED balls. They are very nice. But to light for my taste. Gotta get some flowlights!

Posted: 24th Dec 2009
Originally Posted By: astonDerek: Flowlights are very light. You will need to add something if you want them over 100g....

well yeah...the actual flowlight its self is light, but if you got the flowtoys case, and a flowmass its heavy enough.

Posted: 28th Dec 2009
I just got the new pro series multifunction led poi balls of this rad website here and i gotta say they are amazing. i have them in socks but the hole for cord is sturdy and will fit colecord so its good for those who use cord over socks.

The settings on these things are rad though endless combinations of colors. great for playpoi fun time

Posted: 10th Mar 2010
if your using crystal cases and flowmass then flowtoys are a good wieght and the crystal case provides plenty of cushioning for both the light and yourself so your can spin with confidence, I love my flowtoys&wouldn't waste my money on anything else now, all the other glowtoys I've tried over the past 5 years have eventually stopped working or broken over time

Posted: 10th Mar 2010
As with everything in life there's no perfect solution: if there was there'd only be the one product on the market.

I have both pro series glow balls and now flow poi: I use flow poi most of the time because of sturdiness and battery issues and because I like their weight (crystal case + flowmass).

The colour changing of the pro series is a great crowd pleaser though, so I take them to parties...

with the flow poi for backup, or for me to use whilst I let peeps play with the pro balls.