Forums > Other Toys > Help! how do you set up the wick for a (Nesbitt) fire diabolo 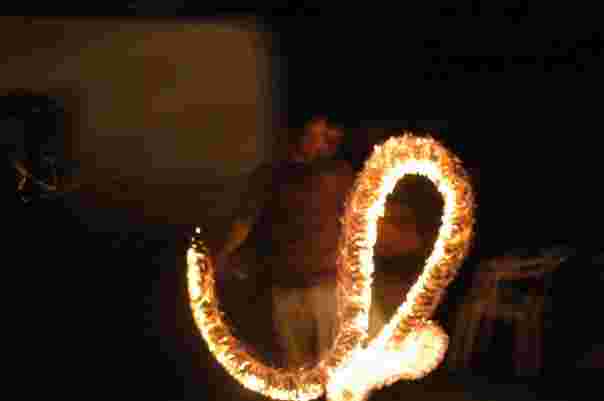 I'm looking for some pointers on how to re-wick my Nesbitt fire diabolo properly. I've bought this a while ago, when I first started diabolo-ing and recently decided to change the old wick and pick it up again. The problem is I can't seem to get it right. Seeing as this is the place i found the most info on fire diabolos online, I decided to post

Basically my problem is that the fire starts off really big, making the diabolo almost impossible to handle. After about a minute, it becomes manageable and burns nicely for 30-45 seconds. After that, I get about another minute of really low flame and thats it! Surely it's meant to last longer than 2 and a half minutes!!!!

As far as soaking the thing. I've tried:

As it turns out (surprise) the longer i soak, the longer it lasts - but only gives like 10 second extra! Another surprising discovery is that if i spin it a bit before i light it, i get less of the uncontrollable big flame, but less total time too. So it's probably not because of the way I soak it...

So.. the wick! I bought lots of 65mm wide kevlar wick to play with. I tried folding it 4 times to get a 65x65mm square... same sh!t.. so i figured that i need more volume and less surface area - and i rolled the wick into a tight ball, about 20mm across.. for all the effort i get another 20 seconds of big, but controllable flame..

Help? please.. this is driving me crazy

Posted: 21st Jun 2008
I think, to some extent, that fire diabolos are similar to fire juggling balls, in that they don't work

Personally, I've never felt inclined to get into fire diabolo, even though I do a lot of diabolo (and 2 diabolo) stuff- partly cos of the safety issues of having a fast-spinning, hot, metal object whizzing around near my face, partly, cos, from what I've seen, they're not worth the bother.

I think that fire juggling clubs work well, fire poi/staff work well- all the other fire stuff 'works', but only just.

If I were you though, I'd post your question on the diabolo.ca discussion boards- what those guys don't know about diabolo isn't worth knowing and I'm sure some of them have used fire diabolos.

Posted: 22nd Jun 2008
Just make yourself a bigger cathedral stack. And bolt on it on. Usually there is a lot of slack bolt left sitcking out anyway, you can use that. Or you could make yourself a monkey fist fire diablo, but securing it would be difficult.

BTW, 2:30MINS seems fine to me, i've had toys that burn for way less than that.

Thanks a lot though.

umm.. Rellizate - do you mind explaining to me what a cathedral stack is? :P .. and how do I use it..

again thanks a lot guys, much appreciated