Forums > Events, Performances and Gatherings > Clapham 2006 next big on on the 11th and 12th nov *DELETED*

but that piece can be binned, or used to make a willy warmer, i don't need it anymore, not quite sure how it ended up in your pocket though :S

Posted: 9th May 2006
12"? is that it? oh right, then its definitely not your willy warmer. Yours is at least double that. AT LEAST!

Posted: 10th May 2006
moving away from the possibility of moving location...

when do we want the next one to be? im thinking early june perhaps the 4th? - dunno if people want to make it a 1 day event or a 2 day beastie

i think the main limiter atm is the fact that most of us young 'uns have exams and other rubbish happening ......

so suggested dates anyone?


Because its nearer to Bournemouth?

I 'live' in east london

I 'stay' in Bournemouth

There\'s a bus stop that\'s right outside my house that goes to the common. I don\'t think it goes anywhere else green.

Hang on, do you care?

Yes, Yes I see them.

Posted: 10th May 2006
Its this damn proxy thingummy I use what to get past web filters and stuff.

I vote any day after the 6th June... as my exams have finished

Posted: 10th May 2006
As nice as it would be to have one on the 20th or 21st, what with the anniversary and all, I'm wary of overkill.
Personally, I'd prefer that we have a smaller number of large claphams than a load of them with just a few people.

Since we've missed the chance of having a really big first clapham, I reckon we should spread them out a bit until the weather's really good - if they're too often people are more inclined to not bother, since there's always one to go to next week.

Posted: 10th May 2006
Asena im sure we can avoid organising anything on play weekend

im sure we can enjoy it

I'll oficially be past my quarter century...scary!!!!

Posted: 11th May 2006
I have been over a quarter of a century for almost a year now, still as immature as ever...

no Clapham for me then, and that with all the nice weather I brought you Londoners.

"vices are like genitals - most are ugly to behold, and yet we find that our own are dear to us."
(G.W. Dahlquist)

Owner of Dragosani's left half 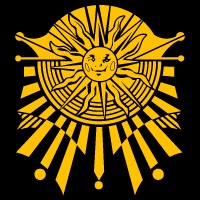 Posted: 12th May 2006
When is the nest meet? Just Missed the previous Meet. Thanks
Rosita

I am always doing that which I can not do, in order that I may learn how to do it.

I have to let some people know as they really want to come but have to organise travel to get here for it.

Posted: 15th May 2006
Yeah after exams and stuff are over are over, I think we should start taking back to the regular meets? It will be nicer weather

Q:"How many Jugglers Does it take to change a light bulb?"
A:"One, but another 99 others saying,'I could do that if I only practised more'"

Gate Keeper to Shocked_Prawn. None may pass.

Posted: 15th May 2006
Ahhh, nostalgia....
Mr Clown, did you ever manage to put all your video footage onto DVD?