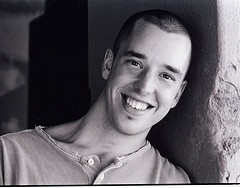 The story of Playpoi begins with the adventures of wayward visionary


Nick Woolsey, who was introduced to dance, theatre, and martial arts at an early age. His experience with these arts helped him through some difficult times, and he became interested in the relationship between personal growth and movement arts. He sought out different teachers whenever his life of traveling allowed, believing that the right practice could be a vehicle for delving into the mysteries of energy and consciousness.

He found what he was looking for in the Spring of 2001, at the Robert's Creek Community Hall on the Sunshine Coast of British Columbia, at a dance party. During a break he went outside and saw a woman dancing with fire. Although the fire was on the ends of chains held by her hands, it looked like it was radiating right from her centre, like she was moving it with her power of will. He was instantly mesmerized.

He knew he had found a tool for decoding the nature and structure of movement and the body, a means of combining established movement and body arts with the rhythm, creative expression, and mojo of the ecstatic dance floor. He soon learned that the fire chains were a modern version of Poi, an ancient dance of the Maori people of Aotearoa. He wasted no time throwing himself into practice, applying applying his years of training in Tai Chi, yoga, and dance.

Two years later he released the Fire Spinning video Dervishly Yers on his website, which quickly became an international hit within the vibrant online Poi community, drawing thousands of downloads every month. He also won the homeofpoi.com video contest. He began receiving emails from all over the world and traveled for the next two years, teaching workshops and exchanging ideas with everyone he met.

Playpoi was officially launched in 2004 when Nick leased a full-featured dance studio in Vancouver, BC. In addition to offering lessons and performances, this venue was designed to be a Poi movement laboratory. Many Poi enthusiasts came to Vancouver from all over North America, where they experimented with various forms of video feedback and light manipulation to facilitate learning. The retreats were a magical experience for everyone and many friendships were formed. The studio also served as a focus point to draw together a group of brilliant people who share Nick's vision. This group is
the playpoi "us."

Our vision is clear. We will play a role in the evolution of Poi. We will study other art forms and cultural legacies, looking always for ways to make Poi more profound, expansive, dynamic, artistic, integral, and fun. We will offer instructional media, workshops, and events that help Poi enthusiasts take their own experience of Poi to deeper and more significant levels. We will utilize communications technologies in a manner that empowers the individual and promotes community intelligence. We will put our hearts and souls into videos and performances. We will do brave and crazy things. We will take risks. We will be silly. We will make friends. And we will seek always to explore how Poi... is revolutionary