学ぶ The Bola - Bola as a rhythmic instrument 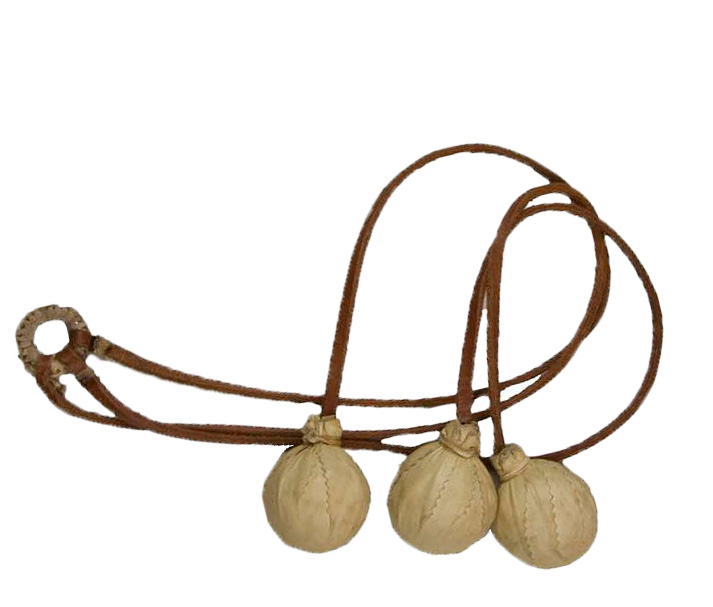 歴史や文化 - Bola as a rhythmic instrument

They are a hard acrylic ball, about 3" diameter, which is attached to a nylon or silk cord which is then looped and knotted to form a finger hold. This is generally wrapped around the middle finger for swinging.

Bola's are constructed by taking a hard acrylic ball (such as a contact juggling ball) and using a fine drill and a vice grip, a hole is drilled through the center. On the bottom the edge of the hole should be tapered out a bit so that the knot of the cord will rest flush with the surface of the ball. The cord is then threaded through, knotted and pulled flush. It is then knotted again at the top to keep the ball from slipping up the cord. I should mention here that the cord should be at least hip length if not waist length.

The patterns of Bola's is very similar to POI swinging, though the swing has a bit more force. The joy and difficulty in Bola's is to present a pleasing rhythm not only on it's own but also with use of the feet which means all the limbs going in different directions at once. A wonderful aerobic exercise and much fun, but watch out because they hurt when you miss the ground!

Login or Register to post comments
Home of Poi